You are in:  Home » Resources

A series of geologists have over the years attempted to record the important but very complex depositional sequences exposed in the coastal cliffs of northern East Anglia. This site offers the opportunity to view, examine and download these sections by a range of different authors:

The images reproduced here are taken from Wood's book The history, antiquities and geology of Bacton, in Norfolk. (1842) Josiah Fletcher: Norwich. They include the front cover and Fig.2. The latter shows the section from Happisburgh to Trimingham. Full text of the Geology of Bacton district chapter. 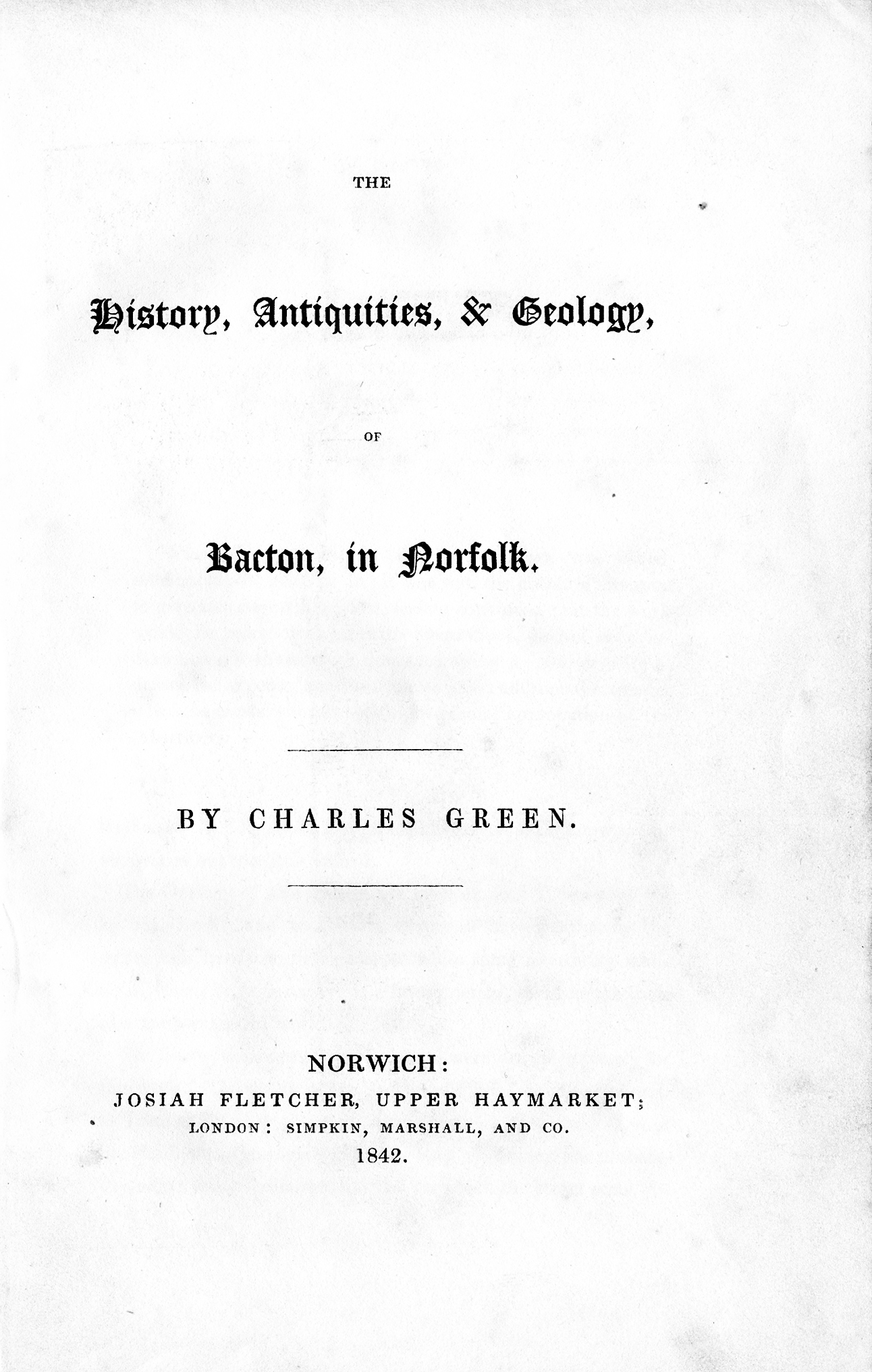 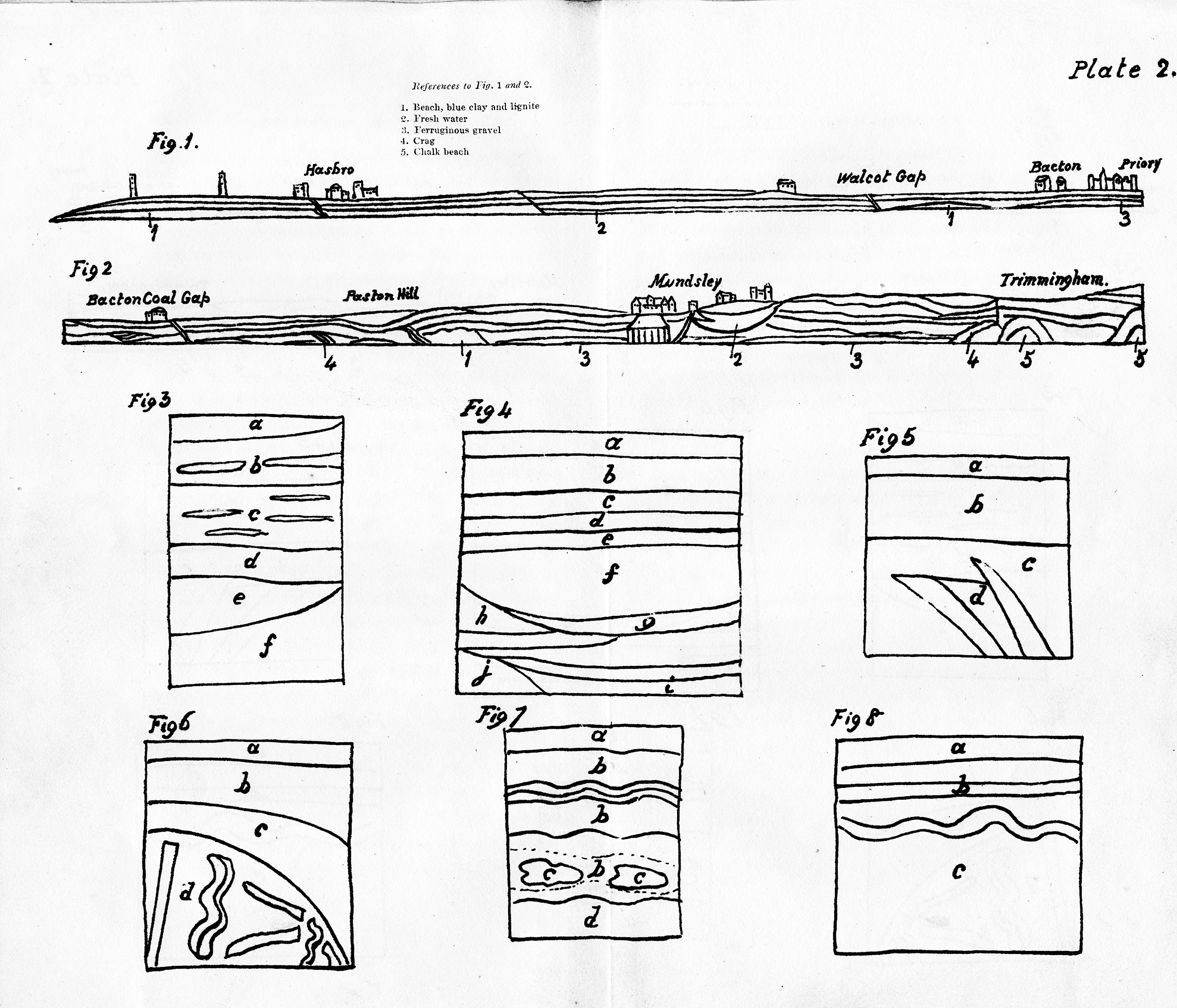 This page provides the first time opportunity to view online or download the hand-drawn and coloured drawing of the Quaternary geology exposed in the coastal cliffs in north-eastern East Anglia. The sections were drawn by George Slater between 1919-1932, whilst he was living in East Anglia. Slater was an expert in glaciology and glacial geology who was a member of the teaching staff in the Royal School of Mines at Imperial College in London. He was an expert in glaciotectonics whose work at localities beyond Britain were pioneering investigations of glaciotectonic structures and glacial sedimentation, published during the inter-war period of the 1920-40s. A full obituary of Dr Slater was published in the Proceedings of the Geologist's Association (1957, 68, 97-98). Further biographical information on Dr Slater can be downloaded from the Imperial College archive.

Click on the dashed sections to show a full resolution PDF of the map section like the sample below. The key below shows the colour-coding for each section. 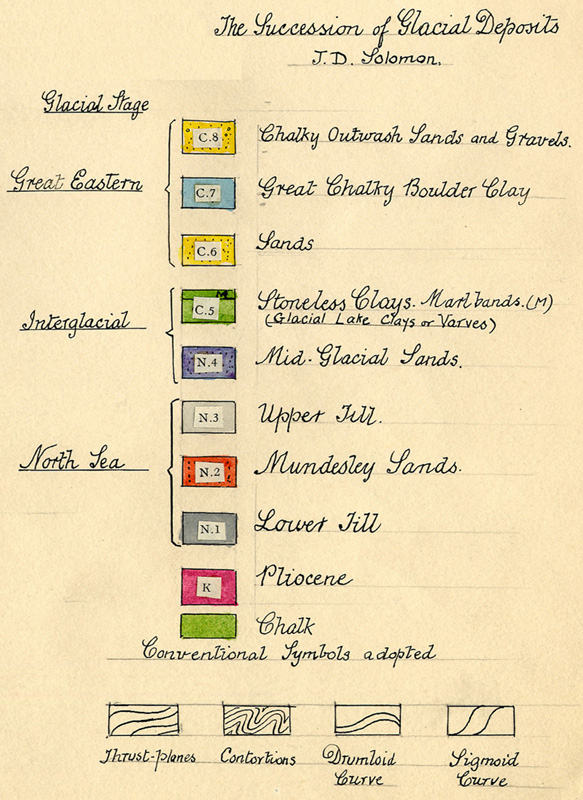